As developers, we are well aware of the evils of context switching. Hopping between software projects often means making the mental transition between programming languages and business domains. But hop we must.

Getting your tools to switch as fast as you do can be even harder. For this problem, tmux has changed the way I work.

Think of tmux as a window manager for your terminal. Instead of terminal tabs, you can run multiple terminal sessions, stitched together into a single terminal window. Evan Travers recently wrote a great introduction to tmux sessions, windows, and panes, the building blocks of what I call tmux workspaces.

When I sit down to hack on a software project, I need some combination of the following:

I use the venerable Vim as my text editor, so each one of these tools is terminal-based. Since tmux is scriptable, I can unfurl instant workspaces for projects according to own my personal workspace preferences:

Running mx from the project root, I build a workspace for working on this blog that includes windows for vim, a shell prompt, a console using racksh, and Foreman to start the server for local preview. 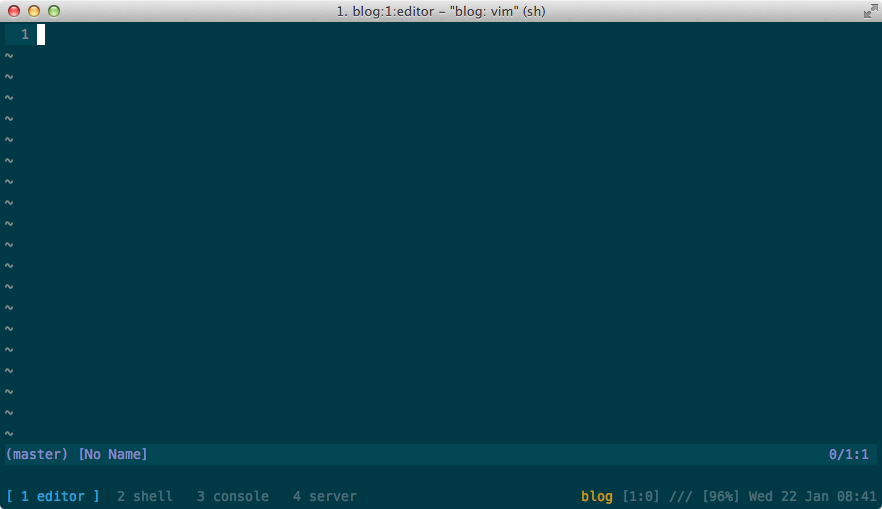 The script will look for a tmux session based on the current folder name. If no such session is found, it creates one:

If a session already exists, the script will instead attach to the previous session, letting me pick up where I left off. 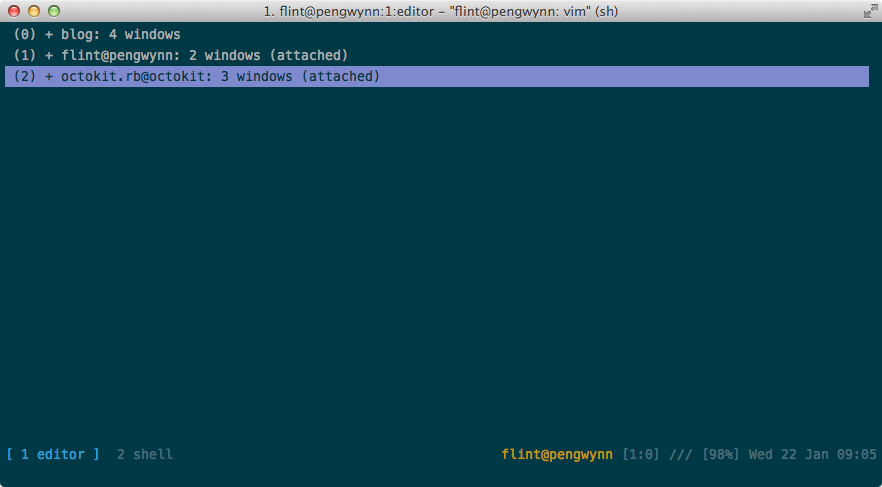 It has forever changed the way I work.