The Pirates Laffite: The Treacherous World of the Corsairs of the Gulf 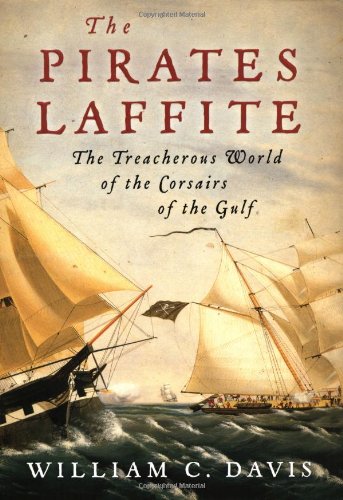 This isn't the book I thought I was getting. I expected to learn more about the famous pirates I had heard about in eighth grade Louisiana History class, especially their involvement in the Battle of New Orleans. Instead, it's a detailed history of America's southern and westward expansion along the Gulf coast and the new nation's dance with Spain and her former colonies.

Jean and Pierre aren't the subjects of the story as much as they are lenses though which we observe the political climate of New Orleans, Louisiana, Florida, Texas, Mexico, South America in the early 19th century. Though minutiae and endless shipping manifests obscure much of the storytelling, by the end I came away with a better idea of how New Orleans came to be the unique Southern city that it is.

Rocket Men: The Daring Odyssey of Apollo 8 and the Astronauts Who Made Man's First Journey to the Moon

Longitude: The True Story of a Lone Genius Who Solved the Greatest Scientific Problem of His Time

The Innovators: How a Group of Hackers, Geniuses and Geeks Created the Digital Revolution