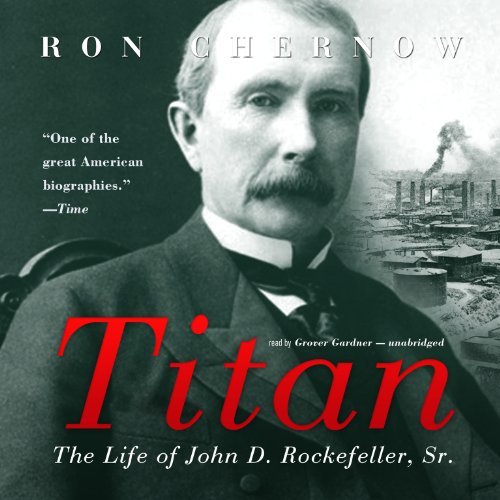 I picked up this book because I wanted to understand better the rise of the world’s richest man and his legacy — a business legacy that lives on in corporate logos we see every day and a family legacy that extended all the way to the Lieutenant Governor’s office of my home state of Arkansas.

Taking nothing away from Chernow’s meticulous research and understated storytelling, the actual life of John D. Rockefeller seems rather dull. There was the ongoing tension between his Northern Baptist faith and his desire to accumulate and steward wealth, but the far more entertaining portions of the book follow Rockefeller’s unresolved tension with his bigamist father and conflicts with Ida Tarbell and Teddy Roosevelt.

Perhaps the book’s greatest value is its telling of, primarily through the life of one man, the transformation of American culture and mainline Protestantism. From Moody and Fosdick to Jung, Rockefeller, his family, or his surrogates were riding the same streams of the oncoming wave of Progressivism at the turn of the last century.

Indianapolis: The True Story of the Worst Sea Disaster in U.S. Naval History and the Fifty-Year Fight to Exonerate an Innocent Man

Valiant Ambition: George Washington, Benedict Arnold, and the Fate of the American Revolution

Longitude: The True Story of a Lone Genius Who Solved the Greatest Scientific Problem of His Time

Arlo Finch in the Valley of Fire (Arlo Finch, #1)