William Tecumseh Sherman: In the Service of My Country: A Life 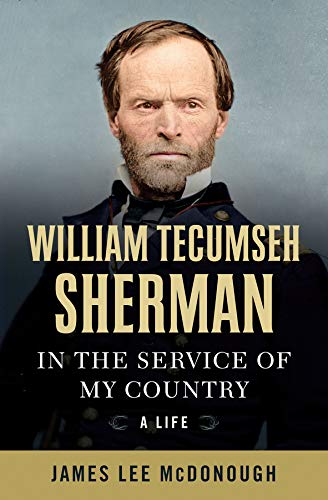 To Southerners like me, Sherman has long been a byword for the excesses and brutality of war. Chernow's Grant did much to dispel that image of the celebrated general, but this book presents a much more complete picture of the man who would march the Army of the Tennessee from Chattanooga to the sea and on to Virginia via the Carolinas.

The period of Sherman's antebellum life from West Point to California was almost as interesting as from Shiloh to Durham. I wish there had been more post-War content. The period of his friend's scandal-ridden presidency was barely mentioned. His time presiding over the Army during the country's post-war westward expansion and its conflicts with the Plains Indians also received scant treatment.

Even so, it's a well-written, well-researched and entertaining read.

Empire of the Summer Moon: Quanah Parker and the Rise and Fall of the Comanches, the Most Powerful Indian Tribe in American History

The Smallest Minority: Independent Thinking in the Age of Mob Politics

Into the Raging Sea: Thirty-Three Mariners, One Megastorm, and the Sinking of El Faro